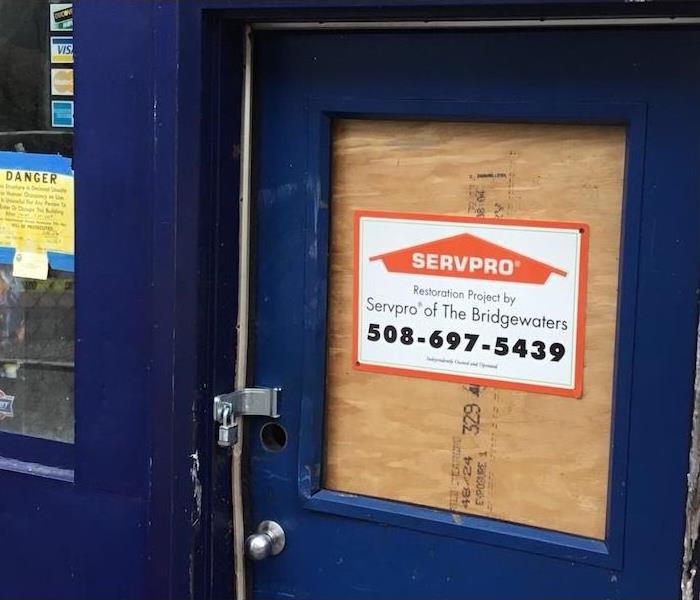 After the damage to this Mansfield gas station caused the property to be declared unsafe, SERVPRO technicians covered the broken glass with a board to make the premises more secure. A new steel safety hasp lock further discourages intruders on the property. 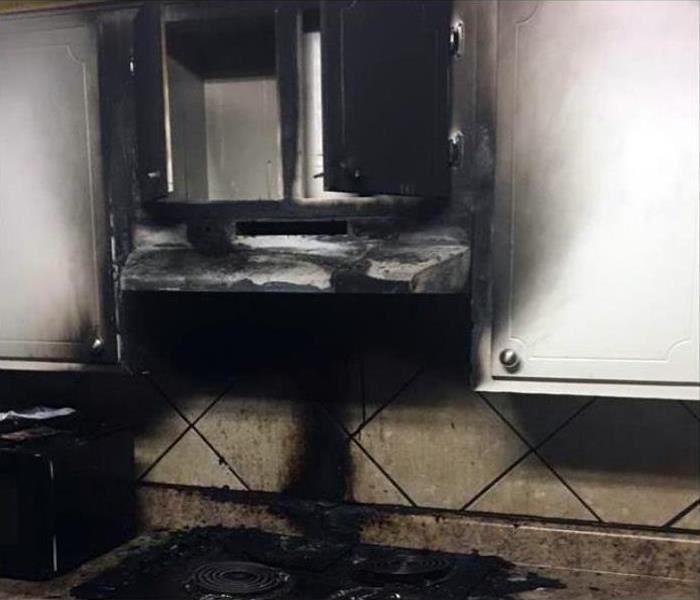 After a fire has damaged your Bridgewater home, call our experts right away. We have the training, fire damage experience, and state-of-the-art equipment to restore your home to pre-damage condition. SERVPRO of The Bridgewaters will make it “Like it never even happened.” 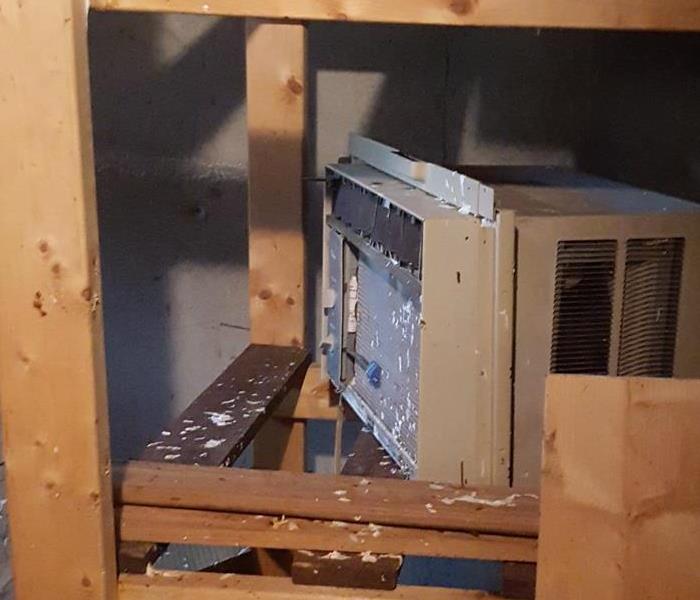 Mold can grow anywhere it can find oxygen and moisture. Particularly it is happier in damp and humid areas so it would be no surprise to find mold in your basement.

One of the many culprits for mold is typically from condensation from one of your appliances or from a leaky foundation.

If you basement is not free from moisture one of your first step would be to place a dehumidifier to draw out any excess moisture. This will help to keep your basement free of any moisture and dampness.

SERVPRO of the Bridgewaters was contacted at 508-697-5439 to remediate the growth of mold within this basement. The homeowner said to the Technicians that he had never seen so much mold before in his life. When the job was completed the homeowner could not believe how it appeared that the mold was gone. When the technician left he knew he had another satisfied customer. 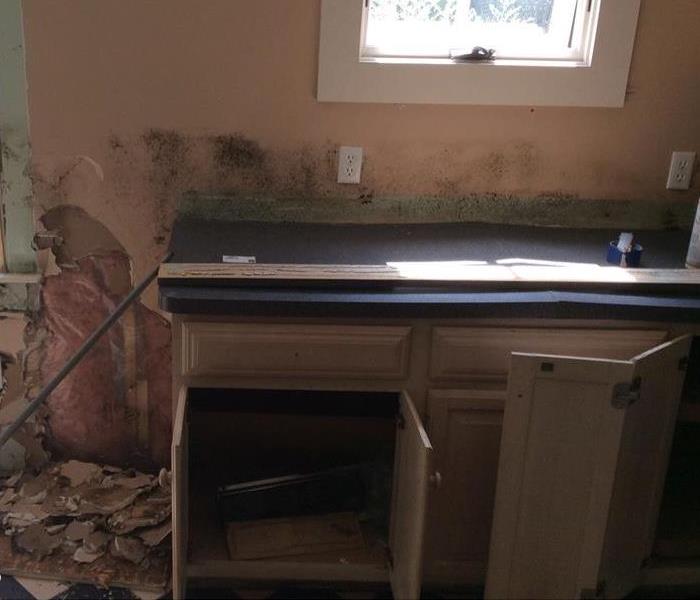 This homeowner had decided to remodel the kitchen, but when the contractors started to take down the counter tops, they had discovered mold.

The unsuspecting homeowner had a water leak inside the wall causing a mold growth. When water enters building through leaks in walls, windows and roofs,  it is a perfect environment for the growth of mold.

SERVPRO of the Bridgewaters was contacted at 508-697-5439 to access if this was indeed mold. The technician had determined by visually looking at the growth it was indeed mold. He had spoke with the homeowner that it would need to be removed.

SERVPRO Technicians are certified and trained on the safe removal of mold. The technicians could see the homeowner was nervous at the site of the mold, but when the job had been completed the homeowner said he felt so relieved to see that the mold was gone. Here was another satisfied customer. 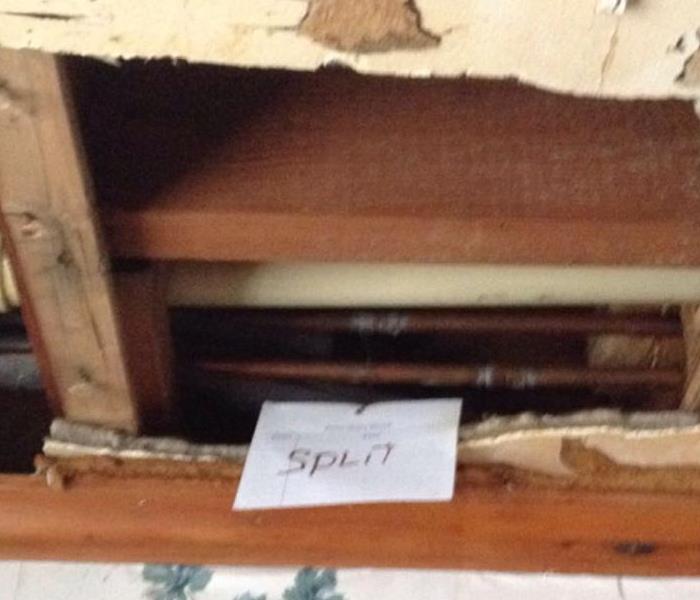 The homeowner had smelled an odor in the house, but could not determine where it was coming from. They were an elderly couple that had not gone down n there basement for a few years. There son had discovered mold growth throughout the basement.

The homeowners upon hearing this news contacted SERVPRO of The Bridgewaters. SERVPRO of The Bridgewaters was confident they would be able to get all of the mold. When the work was completed the son did the walk through with he was satisfied with all the work they had done. He said to the Technician that they had done such a great job, if the need arise they would call upon them again.

This homeowner was using their attic as a place to store holiday decorations. Upon grabbing the box for Halloween thee appeared to be mold on the outside of the box. When the homeowner investigated further, they had discovered mold throughout the attic.

The contacted SERVPRO of The Bridgewaters to come and eradicate the mold. Our technicians who are knowledgeable and trained to cleanse the house of mold, immediately went to work. The homeowner was relieved seeing how well informed the technicians were, and able to complete that task without incident. 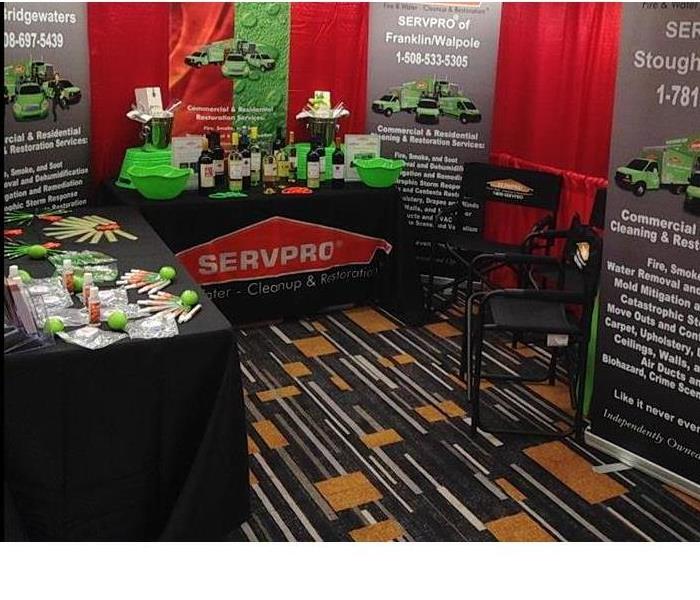 The Massachusetts Association of Insurance Agents (MAIA) held their annual Big Event on October 28th & 29th at the Marriott Copley Hotel in Boston.  It was a great success in our eyes, thanks all of our Agents friends for stopping by our booth. 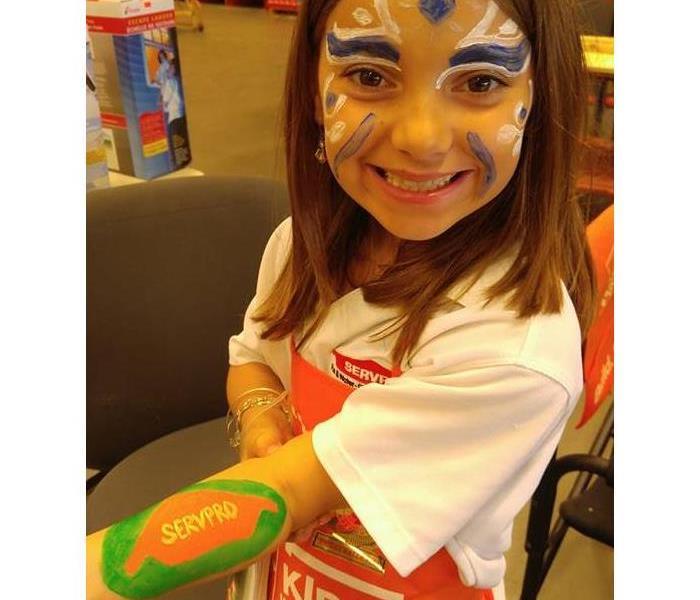 More cuties that stopped by for some Fire Safety coloring books.

The fire awareness event featured by Home Depot, all courtesy of friends of the Bridgewater community.   The no-cost event allowed families to learn about how these fire prevention and awareness.